The Journal of Clinical Investigation 2022

A once-weekly oral dose of isoniazid and rifapentine for 3 months (3HP) is recommended by the CDC for treatment of latent tuberculosis infection (LTBI). The aim of this study is to assess 3HP-mediated clearance of M. tuberculosis bacteria in macaques with asymptomatic LTBI. Twelve Indian-origin rhesus macaques were infected with a low dose (~10 CFU) of M. tuberculosis CDC1551 via aerosol. Six animals were treated with 3HP and 6 were left untreated. The animals were imaged via PET/CT at frequent intervals. Upon treatment completion, all animals except 1 were coinfected with SIV to assess reactivation of LTBI to active tuberculosis (ATB). Four of 6 treated macaques showed no evidence of persistent bacilli or extrapulmonary spread until the study end point. PET/CT demonstrated the presence of significantly more granulomas in untreated animals relative to the treated group. The untreated animals harbored persistent bacilli and demonstrated tuberculosis (TB) reactivation following SIV coinfection, while none of the treated animals reactivated to ATB. 3HP treatment effectively reduced persistent infection with M. tuberculosis and prevented reactivation of TB in latently infected macaques. 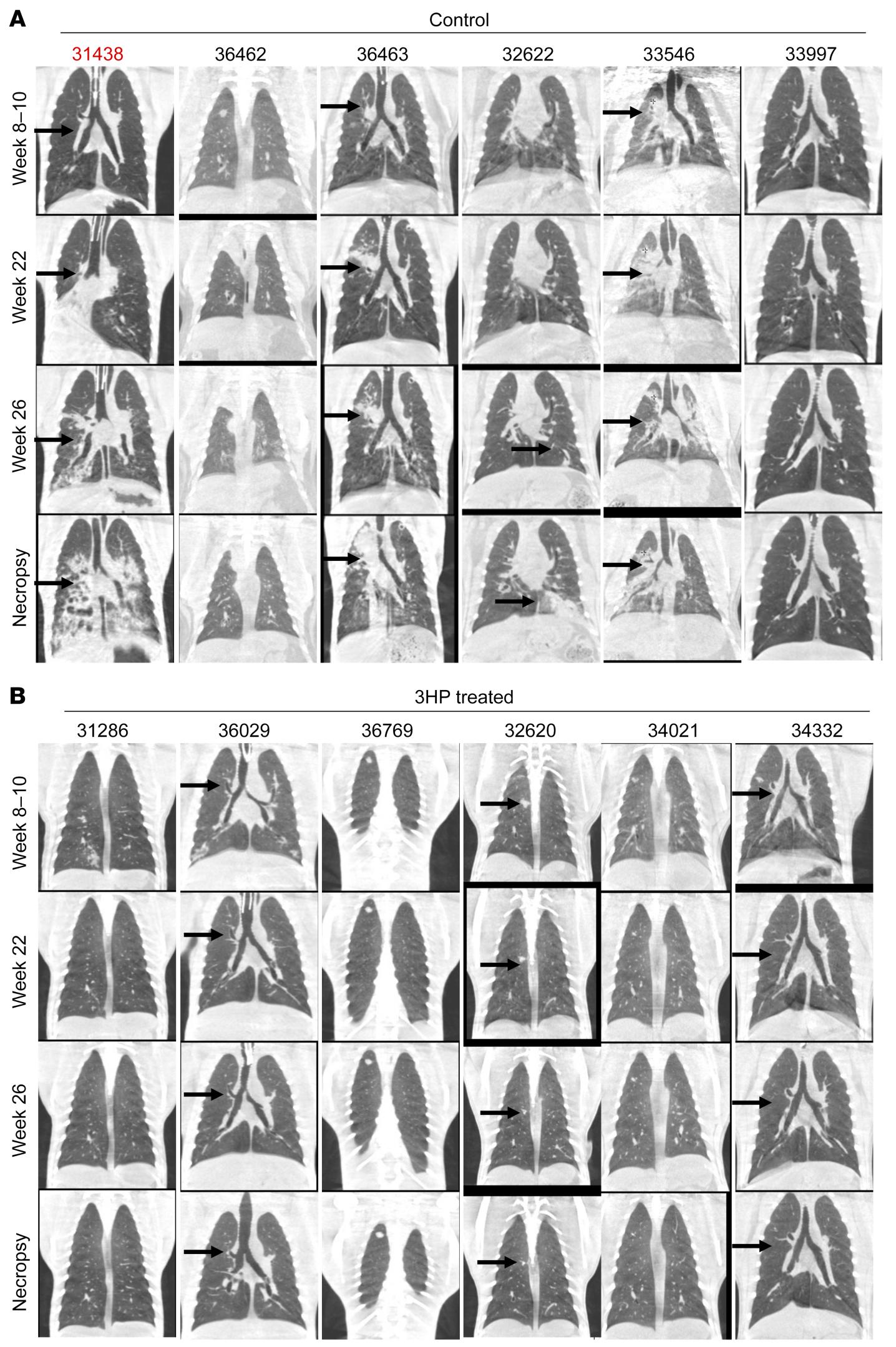 CT scans of (A) control and (B) 3HP-treated rhesus macaques at weeks 8–10, 22, and 26 after TB infection and at study end point. Animal 31438 was an active progressor and was not administered SIV. In the longitudinal CT scans performed, macaques in the 3HP treatment group reported resolving lung lesions as early as 2–4 weeks after 3HP treatment initiation (black arrows), while there were no new lung lesions, and preexisting lung lesions resolved further at 10 weeks after 3HP initiation (black arrows) 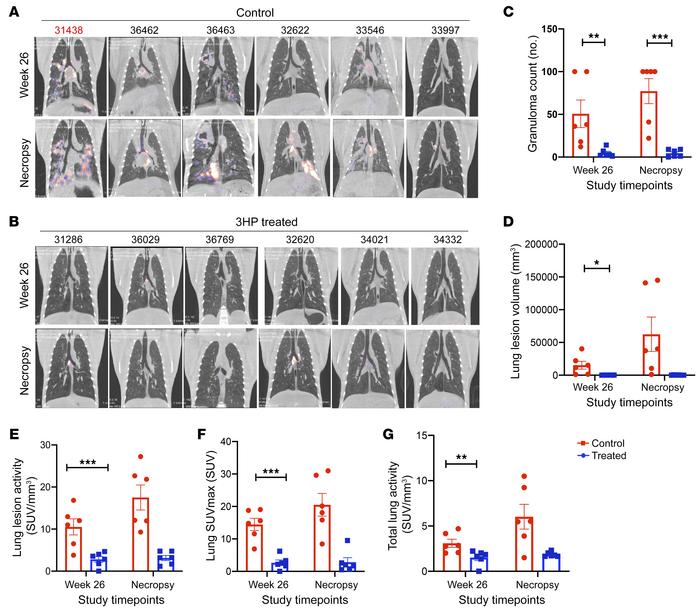 How can we help you?

Please contact us for technical information, products and services.